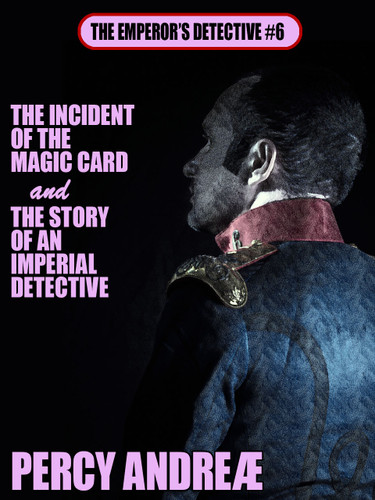 Percy Andreae (1858–1924) was an English-American brewer and influential anti-prohibitionist during the early part of the 20th century. He was born in Clapham, London to a German father, Carl Andreæ of Frankfurt, and an English mother, Emilie Sillem. During the 1890s, Andreae published short stories and novels, many of which first appeared in The Windsor Magazine. His fiction drew on his roots, incorporating international mystery and suspense with adventure, set in the height of the Victorian era. The hero of “The Emperor’s Detective” series is a British man-for-hire who finds himself working for a very interesting employer, one who has no qualms about assigning him impossible cases.

"The Incident of the Magic Card and the Story of an Imperial Detective" is the sixth and final of the Emperor's Detective series.

In “Autumn’s Crossing,” an infant is saved thanks to U.S. Border Patrol agent and

An egomaniac crook comes to town and issues a challenge to Nick Carter: “I have come to town t

The Voitrix was doomed. A derelict caught in the grip of some strange power. Faster...Faster...flash

A runic inscription on a Norse altar ring. A falsely convicted father serving a life sentence. A son