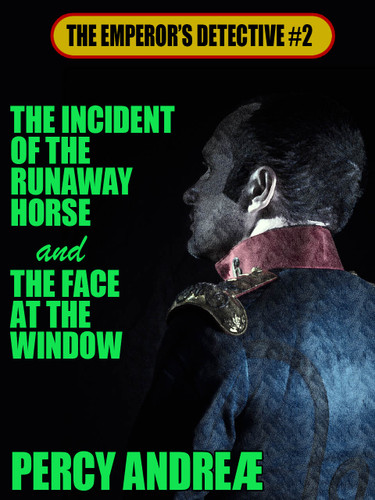 "The Incident of the Runaway Horse and the Face at the Window" is the second in the series, "The Emperor's Detective."

Handfast is a supernatural tale by British fantasist John Burke.    When he next saw

The Astonishing Adventure of Jane Smith, by Patricia Wentworth (epub/Kindle)