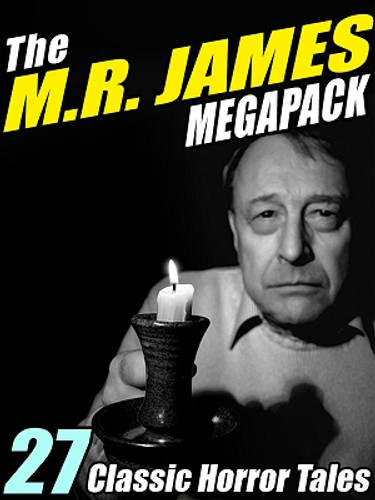 Montague Rhodes James (1862 - 1936), who wrote as M. R. James, was an English medieval scholar and provost of King's College, Cambridge (1905-1918), and of Eton College (1918-1936). He is best remembered for his ghost stories, which are regarded as among the best in the genre. James redefined the ghost story for the new century by abandoning many of the formal Gothic cliches of his predecessors and using more realistic contemporary settings. However, James's protagonists and plots tend to reflect his own antiquarian interests. Accordingly, he is known as the originator of the "antiquarian ghost story."

This volume collects 27 of his classic tales, including:

CANON ALBERIC'S SCRAP-BOOK
LOST HEARTS
THE MEZZOTINT
THE ASH-TREE
NUMBER 13
COUNT MAGNUS
"OH, WHISTLE, AND I'LL COME TO YOU, MY LAD"
THE TREASURE OF ABBOT THOMAS
PART 2: THE FIVE JARS
THE DISCOVERY
THE FIRST JAR
THE SECOND JAR
THE SMALL PEOPLE
DANGER TO THE JARS
THE CAT, WAG, SLIM AND OTHERS
THE BAT-BALL
WAG AT HOME
PART 3: MORE GHOST STORIES OF AN ANTIQUARY
CASTING THE RUNES
THE ROSE GARDEN
THE TRACTATE MIDDOTH
THE STALLS OF BARCHESTER CATHEDRAL
MARTIN'S CLOSE
MR HUMPHREYS AND HIS INHERITANCE
PART 4: A THIN GHOST AND OTHERS
THE RESIDENCE AT WHITMINSTER
THE DIARY OF MR. POYNTER
AN EPISODE OF CATHEDRAL HISTORY
THE STORY OF A DISAPPEARANCE AND AN APPEARANCE
TWO DOCTORS

The Photographer is hired to kill an executive at a chemical company, but as he prepares for the job

The Moonlighter, by James Holding (epub/Kindle)

A bar story. Carmichael recounts to a bartender the tale of how he first discovered the joys of coun