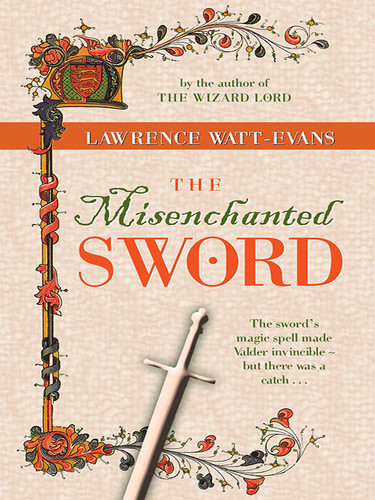 The old wizard wasn't exactly happy with Valder, who'd led his enemy to his hut. Now hut and magical supplies were destroyed. But he'd promised the young scout a magic sword to get him safely back to his own lines -- and a much-enchanted sword Valder would get!

The resulting sword gave perfect protection -- sometimes! It could kill any man -- or even half demon. In fact, once drawn, it had to kill before it could be put down or sheathed.

Army wizards told Valder that the sword would keep him alive until he'd drawn it 100 times; then it would kill him! It wouldn't prevent his being wounded, maimed or cut to pieces, but it wouldn't let him die. If his new job as Chief Assassin for the army didn't make him use up the spell, he'd be practically immortal.

Not bad, it seemed. There had to be a catch somewhere.

Jake Kilgore was defending the son of the territory's richest and most powerful man. The charge -- M

Who murdered the man found roped to the gibbet on Gallows Tree Point? Who stole Miss Ellingham’

NOTE: This image-based ebook is offered in both EPUB and Kindle Fixed format (for display on tablets