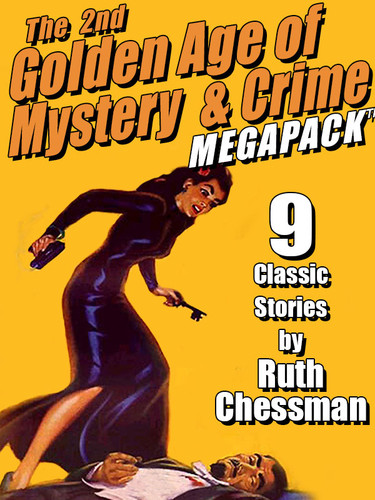 I first encountered Ruth Chessman's work when browsing back issues of Manhunt magazine--and I was immediately intrigued. Manhunt was a noir/hardboiled digest-sized mystery magazine, and female bylines were uncommon. A quick check showed that she also published stories in Ellery Queen's Mystery Magazine as well as a 1965 middle-grade novel called "Bound for Freedom," which was adapted as a movie.

She must have instilled her love of crime writing in her family, since her daughter turns out to be none other than mystery writer Jane K. Cleland -- who was kind enough to grant us permission to reprint her late mother's work. (Jane also supplied us with copies of hard-to-find stories.)

Ruth Chessman was a very good, if far too infrequent writer. This collection assembles most of her published short fiction. Included are: