The Walls Came Tumbling Down , by Jo Eisinger (epub/Kindle/pdf) 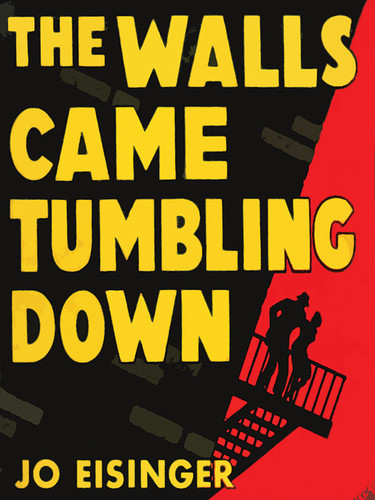 The Walls Came Tumbling Down , by Jo Eisinger (epub/Kindle/pdf)

When Father Walsh went to see D'Arcy, notorious gossip columnist, about a sinister stranger who wanted two old Bibles and talked about the Walls of Jericho, his story was so fantastic he sounded as if he were out of his mind. Police, too, thought he was -- especially when they later found him hanging by his neck in his home. They called it suicide. But D'Arcy called it murder.

D'Arcy was right. Murder it was. and the story of how D'Arcy, a lovely girl, a gang of vicious swindlers, art dealers, and questionable lawyers got tangled up in a plot involving practically everything unlawfull -- including grave robbing, violence, larceny, and murder -- makes some of the smoothest, most excititing and entertaining mystery reading you've done in some time... It's a "must"!

After a plague has killed almost everyone on the planetm a young woman, newly married, is as far as

Death in the Back Seat, by Dorothy Cameron Disney (epub/Kindle/pdf)

Weirdbook returns after a nearly 20-year hiatus under the editorship of Douglas Draa! Here are great

Alice Whelan isn't imagining the horrors that she finds on Falcon Island, home of her retired movie

The Maker of Gargoyles and Other Stories, by Clark Ashton Smith (epub/Kindle/.pdf)

Clark Ashton Smith was a prodigy, who wrote Arabian Nights novels in his mid-teens

A fsherman with a fondness for self-made aphorisms, Fong Kam Lee arrives in Hong Kong to fish lucrat

The story of a lone-wolf fight against a Nazi undercover ring in the U.S.